When you book with an account, you will be able to track your payment status, track the confirmation and you can also rate the tour after you finished the tour.
Sign Up
767

Sarawak Explorer is a perfect combination of nature and culture.

In Batang Ai you will have the change to come in contact with the native Iban people and visit their tribal villages. Formerly known as Sea Dayaks, the Iban people are famous for their head-hunting past, their massive ironwood longhouses, their ornate body tattooing and their genuine hospitality.

The tour features also the scenic Bako National Park and Semenggoh Nature Reserve, where injured or orphaned orangutans are trained to survive in the forest.

Is this your ideal tour?

This tour is suitable for conscious travellers who wish to learn more about the culture and daily life of the Iban people.

Nowadays most longhouses in Sarawak are busy, modern farming communities, and people wear practical clothes like jeans and T-shirts when they are at work. Traditional costumes and headdresses are usually only worn for special festivals like gawai dayak, gawai antu and wedding.

Although the Iban people have experience modernization, their culture and their traditions are still very much intact in their remote villages.

Return via the golden -domed City Mosque and passing through Old Kuching, crammed with spice dealers and textile shops. Pass by the heritage buildings of the White Rajah era, the Pavilion, the Square Tower, the Court House, the Charles Brooke Monument and the Post Office.

After the city tour proceed for a 1-hour pontoon river cruise. Admire the passing scenery that unfolds along the banks and discover daily life of the colorful Malay villages along the river. See the City Mosque, the Astana, Fort Margherita and the Kuching Waterfront.

Overnight at the hotel in Kuching

This morning you will be driven for about 1.5 hours to Bako Village where you will board the boat to Bako National Park. The cruise takes approximately 30 minutes (depending on the tide).

Overnight at the hotel in Kuching

Travel for about 4.5 hours through a lush and green countryside dotted with padi fields, pepper gardens and rubber plantations, and flanked by rugged jungle-clad mountains.

Enroute visit Semenggoh Nature Reserve to see orangutans at their feeding time. This nature reserve provides a safe haven for rehabilitated orangutans who have been rescued from captivity.

Another stop will be at the Serian farmer’s market and visit a pepper garden. Lunch at Lachau village and then travel by boat across the lake to Aiman Resort.

Overnight at the Aiman Resort

After breakfast venture deep into the Iban land by longboat.
The journey will take across the lake into the Engkari River, one of the many tributaries flowing into the lake.

On arrival enjoy a cultural performance by the inhabitant of the longhouse followed by a blow pipe demonstration. After lunch free time at leisure, to explore the longhouse at your own pace.

Overnight at the Aiman Resort

After breakfast head back to Kuching. Drop off at the airport. 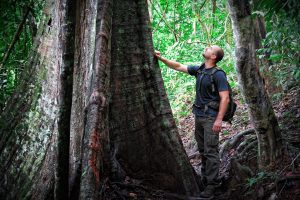 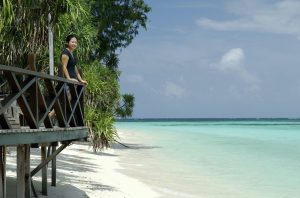